The store will not work correctly in the case when cookies are disabled.
Insecurities of Breast Size 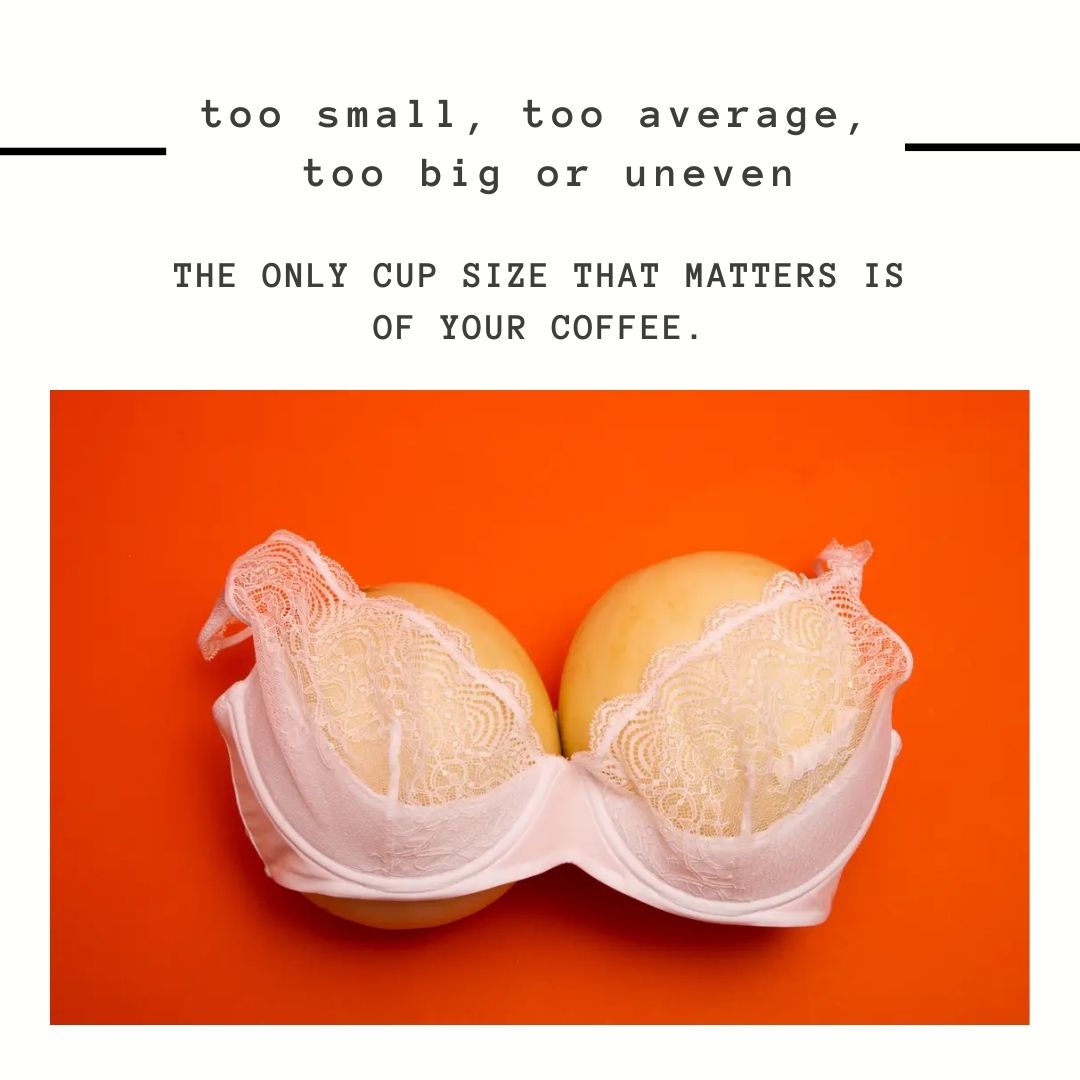 The only cup size that matters is of your coffee

Most people don't believe it when it all comes down to but trust me when I say breast size matters differently to each person. While one woman may not care what breast size they are, another may care a lot. Breast size plays a tremendous impact on a woman’s self-worth. Almost every woman has had time in their life where they got out of bed, looked in the mirror and were dissatisfied with what they saw. Either their breasts were too small, too big or uneven. Either way, if you’re unsatisfied with your breast size, then it’s going to reflect on your confidence. Being displeased with breast size can also affect a woman’s mental health. Women might not care about their breast size but other people might taunt them on their breast size. A woman’s left breast is never the same as their right breast. Both breasts often vary in size and shape. It’s common for young women to have different-sized breasts or nipples, especially as they develop during puberty. This condition is known as breast asymmetry and affects more than half of all women. Many teen-girls grow up believing that they are less-than, undesirable. They compare themselves to other women around them and some are convinced there is something wrong with them. Many young women who had different size breasts suffered from mental health issues compared to those with “normal” breasts.

Asymmetrical breasts were also linked with borderline issues in social functioning, eating disorders, and attitudes. No ‘standard’ size can define perfect breasts, they are a part of a women’s body and if you’ve got it to flaunt it. One shouldn’t be ashamed or insecure about their cup size.

In December 2014, Netflix released a drama-documentary titled ‘Free the Nipple’ that follows a group of young women in New York City who begin a campaign to protest criminalization and censorship of female breasts. This led to the Free the Nipple campaign becoming a global phenomenon. The Free the Nipple campaign is part of a larger mission to reclaim women’s bodies, sexuality and safety. The campaigns main focus is on equality and empowerment of all human beings. Toplessness serves the Free the Nipple campaign not only as a platform but also as a protest and consciousness-raising tactic to desexualize women’s nipples. Both men and women have breasts, whether big or small. They share the same characteristics such as breast tissue, areolas and nipples. The major difference between men and women’s breasts is the ability to produce milk for offspring. The media glorifies violence but censors’ women's breasts which creates mystery and the fetishization of a mere body part. This then defines our chests as being inherently sexual rather than a feature of biological functions. In many countries, it is deemed illegal to publicly breastfeed as it may provoke sexual urges in men. Celebrities who have an impact over lakhs and millions of people should take a keen interest in this issue and make their public believe that natural is good. Celebrities like Miley Cyrus, Kendall Jenner, Rihanna are very comfortable with their body and have encouraged their audience through various means. It’s completely a woman’s choice if she wants her breast size to be increased but one should not pressurize or comment on others breast.

All women come from all different walks of life and carry their own needs. Whether women are having cosmetic breast surgery (augmentation, lift or reduction) or reconstructive surgery after a mastectomy, their goals are similar: They want to look feminine, natural and proportional. They want their clothes to fit better. It’s not just about cup size, many women are also insecure about their butts. Social media sites such as Facebook have censored breastfeeding images. Social media users, sometimes share posts like ‘Small breasts? That’s why your heart gets broken easily, no airbags to support your emotions’ and posts like these have an indirect impact on women getting insecure about their size. However, the depiction of violence and women posing seductively have not been censored in the media. Other than all these issues what’s important is, finding a perfect cup size. There are so many styles to choose from and it seems nearly impossible to buy one that’ll fit you properly and feel comfortable. On top of that, they can get pricey, so you want to make sure you’re investing in ones that’ll feel good, look good, and hold up over time. It’s best to replace your bra when it loses its stretch and no longer feels supportive.

Women who face insecurities regarding their breast size start stuffing it with pads. Wearing too much stuffed pads can reduce melatonin in the body it can also restrict the lymph glands and lymph fluid. Restriction of this fluid can cause lumps in the breasts as well as fibrous tissue and cysts. There is an abundant variety of bras- non-padded, padded, lace, wired etc. Push-up bras give your bust a defined shape so you look great in whatever you are wearing. Padded bras provide a beautiful look and perfect fit some of the best bra brands to buy online are; lotus leaf, Urbanic, Clovia etc. Be aware that the more you wear and wash the bra, the faster it'll need to be replaced. Brands like Zivame help you measure your breast size correctly. The world has evolved immensely, and our mindsets must reflect that. Befitting of someone living in the 21 century it is now necessary to normalize women’s breasts because no one points out when a man posts his shirtless pictures Anything a man can do, a woman has the right to do better.

The information below is required for social login